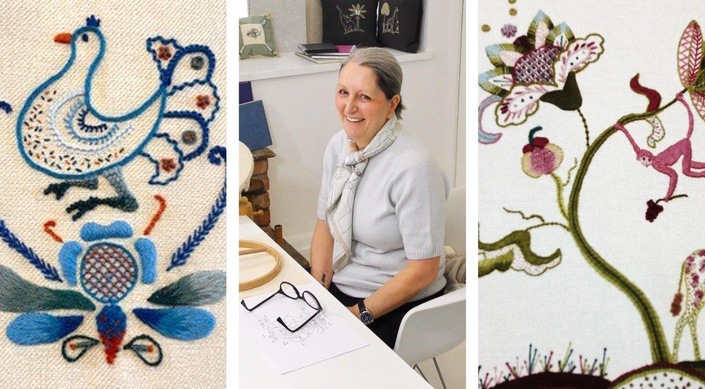 Let us show you how to do this traditional form of embroidery using wool threads.

Sara has designed and worked this lovely Jacobean crewelwork piece especially for the School of Stitched Textiles and we're really excited and pleased to be able to take you through making it stage by stage. Every stitch and technique is covered in detail as you progress through the course videos, expertly explained by Sara herself. This form of wool embroidery is such a joy and we're sure you'll enjoy your making journey with Sara. 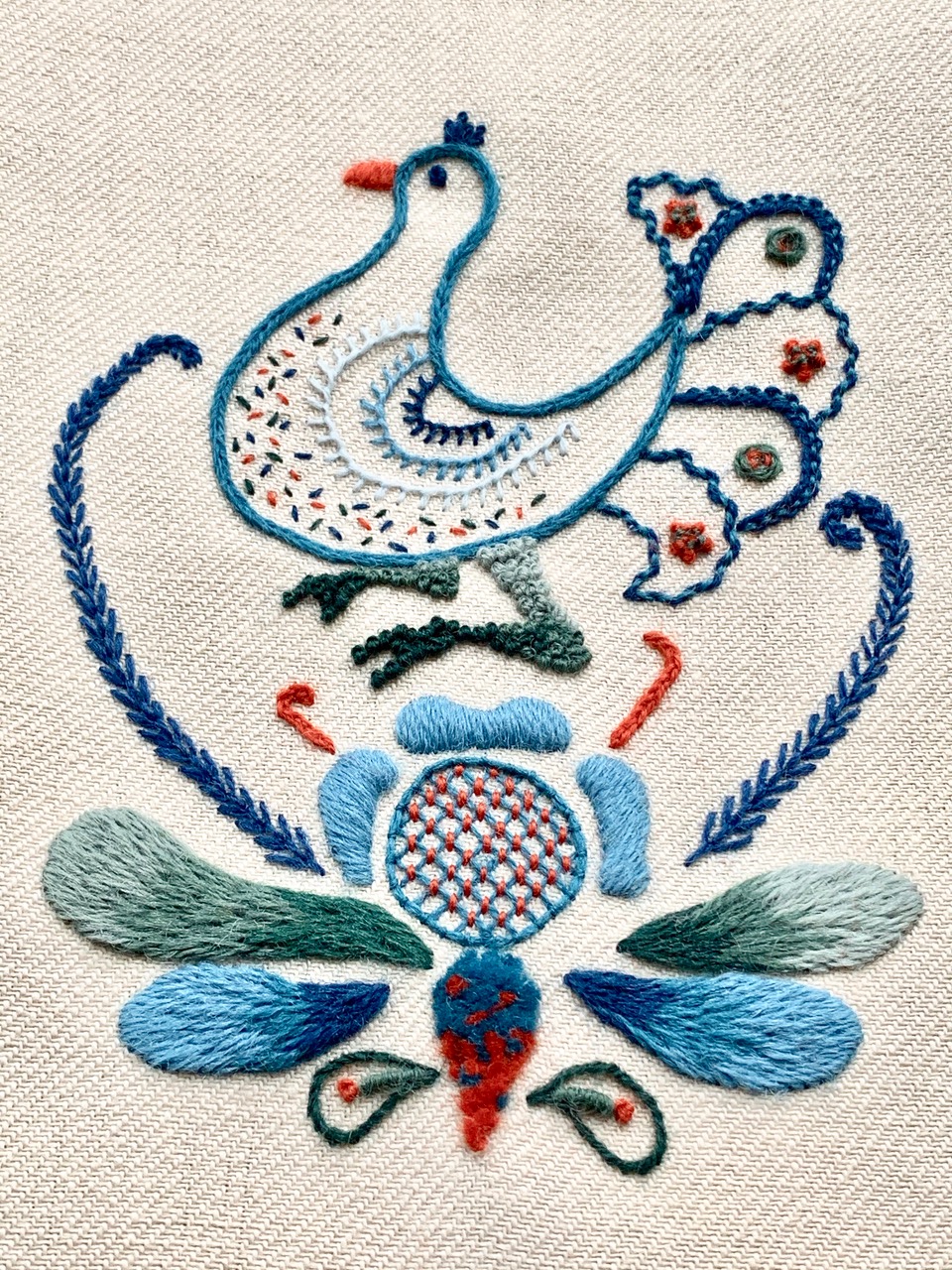 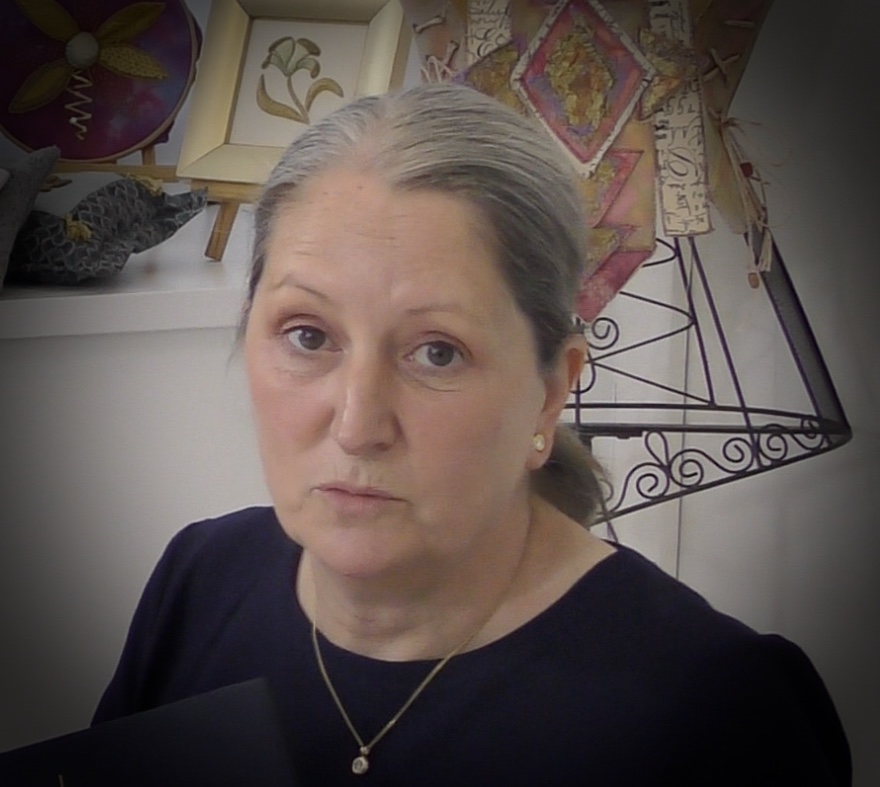 It has always held a fascination for me and exploring the history, techniques and examples of embroidery from around the world has been a joy as I have learned more and more about this extraordinary craft.

After leaving school I worked on my parents’ farm - Hebblethwaite Hall, Sedbergh. I loved working with the sheep; after a back-breaking day of clipping your hands would be filthy, but soft from the lanolin in the fleeces.

I moved on to study nursing at Leeds General Infirmary; ending up in Queen Alexandra's Royal Army Nursing Corps.

In the late nineties I decided to revisit education, having not enjoyed it the first time round; and studied for an art history degree at Lancaster University. It was a revelation that learning something could be enjoyable. Having followed my husband around the globe we ended up in London where I took the opportunity to complete the three year Future Tutor Programme run by The Royal School of Needlework at Hampton Court Palace.

I was lucky enough to work on several high profile commissions with the RSN: an evening gown designed by Nicholas Oakwell Couture for the GREAT Britain campaign, Magna Carta (an embroidery) by Cornelia Parker, the Game of Thrones "Hardhome Embroidery” and Burberry’s Makers House in partnership with The New Craftsmen.

Currently I have a studio at Farfield Mill in Sedbergh, Cumbria though I spend a lot of my time teaching and embroidering elsewhere. I run workshops and teach classes for the RSN, at Hampton Court and in Lancaster; I've taught at The Brewery Arts in Kendal; Swallows and Artisans, Coniston; and I've got an embroidery group I work with in Kendal. Alongside that I continue to exhibit, earlier this year I curated an exhibition at Cumbria's Museum of Military Life in Carlisle. And somewhere I found time to do an online course for the RSN and for the School of Stitched Textile, host a holiday for Colouricious and talks for embroidery groups. And I am really excited to say that I am now working as an expert with the BBC One Programme The Repair Shop. It's busy but great fun.

When does the course start and finish?
The course starts now and never ends! It is a completely self-paced online course - you decide when you start and when you finish.
How long do I have access to the course?
How does a whole year sound? After enrolling, you have unlimited access to this course for a full year - across any and all devices you own.
What if I am unhappy with the course?
We would never want you to be unhappy! If you are unsatisfied with your purchase, contact us in the first 3 days and we will give you a full refund.
Will I need any special materials or equipment?
You'll need ground fabric such as linen twill or calico, a small selection of crewel wool, hoop, scissors and needles.
off original price!